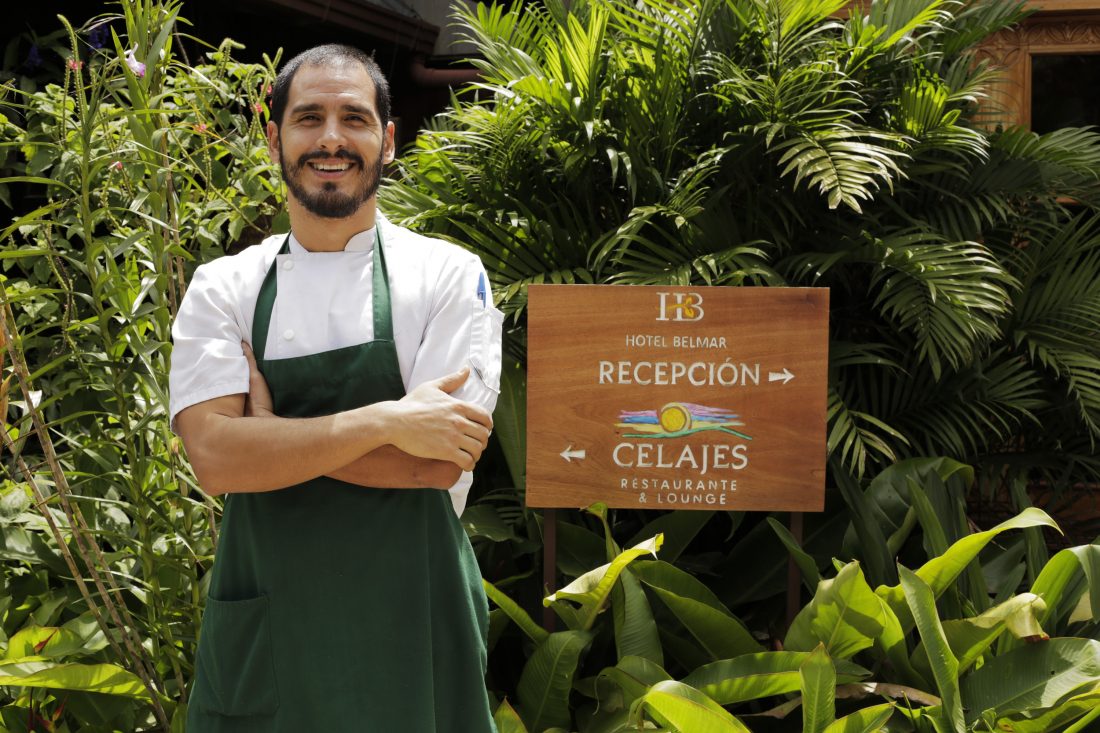 We are very excited to announce a very special partnership between Hotel Belmar and chef Jose Pablo Gonzalez; known for his celebrated restaurant Al Mercat, in San Jose, Costa Rica.

Hotel Belmar’s long standing commitment to fresh and inventive food, as well as its pioneering farm to table program, created a natural affinity with Al Mercat, a project put forward by Chef Jose Pablo Gonzales in 2014 with the intention of reimagining Costa Rican gastronomy.

Hotel Belmar and Jose Pablo Gonzales first met in March of 2015 with the idea of throwing a collaborative farm to table event in Monteverde. The plan was bring to life the Hotel’s organic garden, through a tasting dinner showcasing Jose Pablo’s wonderful food.

The event was a success, bringing in a full house of diners from Monteverde, San Jose and beyond; as well as journalists interested in the growing farm to table movement in the country.

The experience made it clear that there was natural chemistry between both parties, and prompted them to seek further collaboration.

Jose Pablo is today the creative director of Restaurante Celajes. He is planning on bringing some serious farm-to-table food to Monteverde, with a sincere Costa Rican identity. Most of our ingredients will be sourced from our organic garden and our Finca Madre Tierra.

His first project is to redefine the Hotel Belmar breakfast experience. With a fresh and light menu, the new breakfast won’t weigh you down. The idea is that the breakfast gets you ready to go walk some trails, and really get the most out of Monteverde.

There are classics, though. Like French Toast. But with these dishes, Jose has added a distinctive Latin American Twist, using banana bread soaked in Yogurt & Coconut, served with almonds & fresh fruit, with a syrup made of sugarcane and lavender to result in what he calls – Caribbean French Toast.

This new breakfast starts on December 1st and will be available from 6:30 AM to 10 AM throughout the week. On weekends we will be offering brunch –details to come soon.

We’re excited for you to experience Jose’s food and to enjoy our restaurant as he continues to innovate, turning his attention next to our dinner menu.

But, most of all, we’re excited to welcome Jose Pablo Gonzalez to the family! 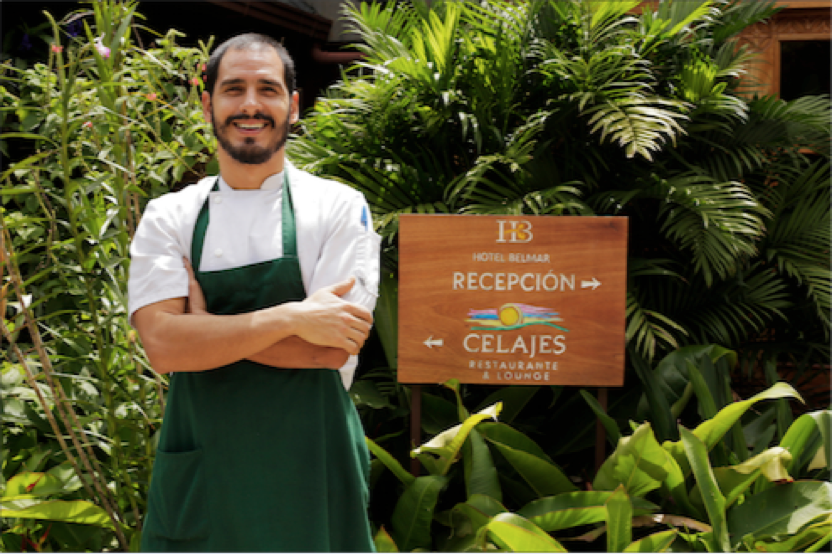 Jose Pablo Gonzales was born in San Jose, Costa Rica in 1983, and spent his childhood living between Guatemala, Costa Rica and Ecuador. His early years living and exploring rural parts of Latin America gave him a deep grasp of regional culinary traditions and ingredients. He later went on to study at Le Cordon Bleu in Paris to become a chef in 2008. After working in several restaurants in Paris, including the Michelin star Stella Maris, as well as in the south of France, he returned to Costa Rica in 2013. He founded Al Mercat in 2014.